Mona Lou Günnewig worked as a program officer in DGAP’s migration program until July 2020. She had been contributing to the implementation of the Migration Messenger, a research and network project funded by Stiftung Mercator.

Previously, she worked for the Turkey Unit of the European Commission’s Directorate-General for Neighbourhood and Enlargement Negotiations in Brussels, focusing on Turkey’s EU accession process and EU-Turkey cooperation in the area of migration. Prior to that, Günnewig investigated asymmetries in European migration and asylum policy as a research assistant at the office of European studies of the European University Viadrina in Frankfurt (Oder). 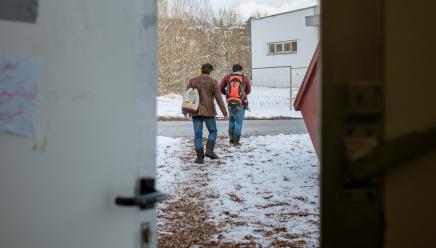