If you are interested in an internship in the Middle East and North Africa Program, please contact Laura Lale Kabis-Kechrid: kabis@dgap.org.

Dr. Ali Fathollah-Nejad has been an Associate Fellow of the DGAP’s Middle East and North African Program since June 2015. He is also a Visiting Fellow at the Brookings Doha Center, an Associate of the Harvard Kennedy School Belfer Center’s Iran Project, and a Research Associate at the Centre of International Cooperation and Development Research of the Université libre de Bruxelles. Educated at Sciences-Po Lille, the University of Münster, and the University of Twente, he earned his PhD in International Relations from the School of Oriental and African Studies, University of London, with a dissertation on Iran’s international relations in the 2000s.

Previously, he was an expert in culture and foreign policy at the Institute for International Cultural Relations (ifa).

He has taught courses on globalization and development in West Asia and North Africa, contemporary Iran, and the Arab Revolts at the Freie Universität Berlin, the University of Westminster, and SOAS.

He is the author of two monographs: Iran in the Eye of Storm: Backgrounds of a Global Crisis (University of Münster, 2007) and The Iran Conflict and the Obama Administration (in German, Potsdam University Press, 2010), and a frequent speaker at political forums, including the European Parliament, the House of Commons, the French National Assembly, the University of Law in London, and the Diplomatic Academy of Vienna. 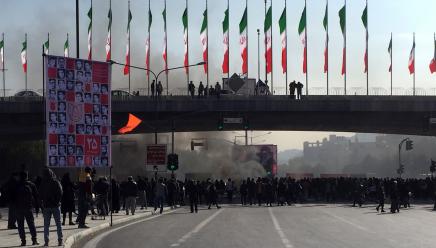