Serafine Dinkel joined the Alfred von Oppenheim Center for European Policy Studies in December 2020. Before becoming an associate fellow there in July 2022, she worked on the project “Ideenwerkstatt Deutsche Außenpolitik,” a strategic reflection process on the capacity to act in German and European foreign policy.

Prior to joining DGAP, Dinkel worked as a research assistant at the NATO Parliamentary Assembly and as a blue book trainee in the strategic policy planning division of the European External Action Service, focusing on the topic of European strategic autonomy. She was also a research assistant to the chair of European and international politics of the University of St. Gallen and interned in the political department of the German Embassy to the United Kingdom.

Serafine Dinkel is a PhD candidate at the Université libre de Bruxelles and the University of Warwick within the Horizon Europe GEM-DIAMOND project (Globalisation, Europe, and Multilateralism - Democratic Institutions, the rise of Alternative Models and mounting Normative Dissensus). Her doctoral project focuses on the impact of authoritarian tendencies in the EU neighborhood on the effectiveness of its democratic conditionality. 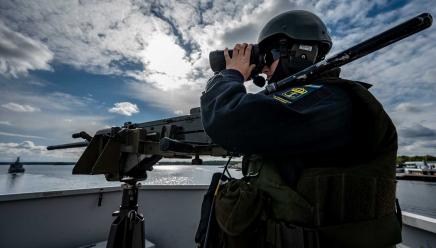